“too many young people in India face difficulties finding not just well paying jobs, but also jobs that suit their individual skills.“ 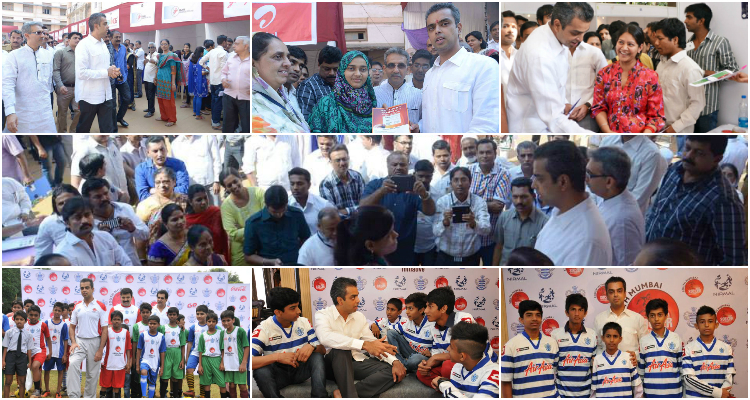 India is a young nation, both in terms of its years spent as an independent republic and, even more importantly, in the age of its population. Indeed, that young, driven workforce emerging across the country is India’s greatest asset as it moves toward a new and stronger economic and political future. And yet despite the essential importance of India’s youth, too many young people in India face difficulties finding not just well paying jobs, but also jobs that suit their individual skills.

To combat this problem, Milind has introduced a series of initiatives in South Mumbai that focus specifically on curtailing unemployment and helping underserved youth realize their full potential. In 2009, Milind began a vocational training program that reached out to 180 young people from South Mumbai’s poorer sectors who were either currently unemployed or dissatisfied with their employment. The program then trained those young people in distinct skills and helped place them in suitable jobs.

A forum for introducing India’s youth to city employers

Beginning in 2011, Milind helped initiate a Job Fair as part the IRIZE Centre that would help young people find better, more fulfilling employment. In its first year, 2011, the Job Fair attracted well over 1,000 people and showcased over 1,000 job opportunities with 14 client companies. In 2013, the Fair attracted over 30 companies and fielded more than 4,000 candidates. Of those, 950 found immediate job placements with 1500 more placed on interview lists. Initiatives like these not only helped incorporate Mumbai’s young people into the city’s vibrant work force, but also demonstrated that taking that first step is often enough to make important change, whether in one’s own life or on a larger scale.