“Having identified Mumbai’s lighthouse as an exciting new destination within the city, Milind expanded his scope to other lighthouses on the Subcontinent.” 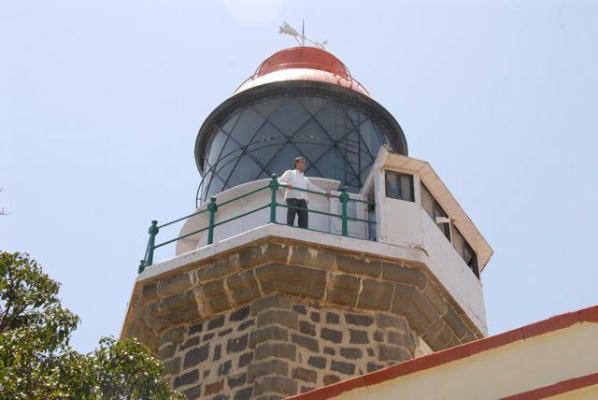 Despite being the largest, most cosmopolitan city in India, Mumbai is often undervalued as a sightseeing destination. Though the city is home to historic monuments like the Elephanta Caves and Banganga Tank, Mumbai is often viewed as a city of experiences rather than destinations. Seeing the role that tourism has played in development across India, Milind turned his attention to uncovering the latent potential of the Khanoji Angre Lighthouse in Mumbai Harbor as a the city’s next tourism destination.

Having identified Mumbai’s lighthouse as an exciting new destination within the city, Milind expanded his scope to other lighthouses on the Subcontinent. As yet, no place in India has recognized the potential of these beautiful, and often historically significant, structures as tourist sites. Milind soon set into motion the process of identifying 15 lighthouses across India that could be transformed into tourist destinations. Now the Ministries of Tourism and Shipping have begun work on three of these lighthouses – Dolphin’s Nose in Vishakhapatnam and Mahaballipuram Lighthouse along with Khanoji Angre Lighthouse.

Tourism has long been an important component of India’s economy. Rather than talking about drawing more visitors to his home city, Milind has used his creativity and determination to create an entirely new tourist destination, one that will also connect the citizens of Mumbai to a significant – and too often forgotten – piece of their history.