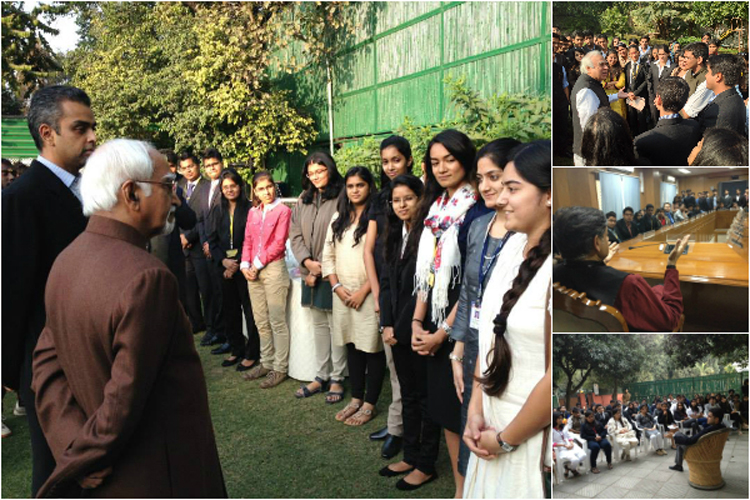 Students from colleges across Mumbai got an opportunity to visit the Parliament on 11th December, 2013 as part of Mr. Deora’s unique Youth Development Program for the fifth consecutive year. The initiative focuses on deepening the students’ understanding of the functioning of the government while attempting to bridge the prevalent disconnect they have with the actual system by helping them to directly participate in it.

Students were first hosted by the Hon’ble Vice President Dr. K. Hamid Ansari at his residence where they had an interactive session about politics and thereafter the students were then received by Shri Sachin Pilot Minister of State for Corporate Affairs (I/C), for a wide ranging question answer session followed by a visit to the NDTV studio where they had a lively exchange with Dr. Prannoy Roy, co-founder and executive co-chairperson of NDTV and Mrs. Sonia Singh, Editorial Director, NDTV on topics such as ethics in journalism and media biases.
The second day began with a visit to the residence of Shri Kapil Sibal, Minister for Law and Justice, Communications and IT and subsequently the students interacted with Shri Shashi Tharoor, Minister of State For Human Resource Development where he reminisced about his time at the UN office and answered questions on issues ranging from foreign affairs to politics in India. The Delhi trip concluded with a visit to Indira Gandhi Memorial, where students had a brush with the personal and public life of the former Prime Minister including a tour of the very spot of her assassination. 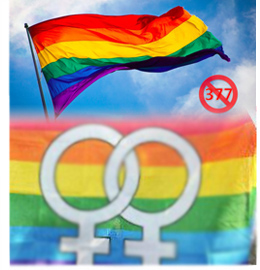 Mr. Deora was closely associated with UNAIDS in the area of HIV prevention and in that context learned about Section 377. He expressed his disappointment at the recent decision of the Hon’ble Supreme Court of India on 11th December 2013 which over-ruled a High Court verdict that had set aside a law framed in 1860 and decriminalized consensual sex among adult homosexual men. Mr. Deora is a staunch advocate of social liberty and believes that one’s sexual preference is a matter of personal choice and should not be regulated. Mr. Deora wants homosexuality to be decriminalized as he believes that this verdict is sending out a wrong message internationally. He hopes that the political fraternity gets together and sends out a stern message that India is a liberal and accommodative democracy. 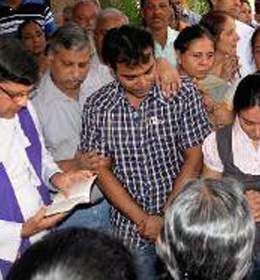 Mr. Deora on 5th December 2013 instructed DG-Shipping to work with Ministry of External Affairs and Accord Marine to explore parole options that could allow Capt James – an Indian Sailor employed with Accord Marine who had been behind bars in a Togo jail to return to India and conduct the last rites of his child. He was thankful to the Hon’ble Prime Minister for agreeing to meet the family of Captain James. The Prime Minister assured the kin that the government would leave no stone unturned in trying to ensure Mr. James’s safe repatriation. Finally the mariner was released on 20th December after successful negotiations between the two governments. Upon returning home, Captain James cremated his infant son who had been kept in a morgue since his demise on 2nd December 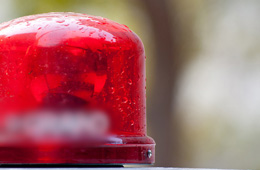 Mr. Deora welcomed the Hon’ble Supreme Court’s decision on 10th December 2013 which ruled that red beacon lights could be used only on the vehicles of high constitutional functionaries that too without flashers and that blue beacon lights could be used only by emergency services and police authorities. Mr. Deora is one of the few politicians who readily circumvent the ‘Lal Batti’ in Mumbai. 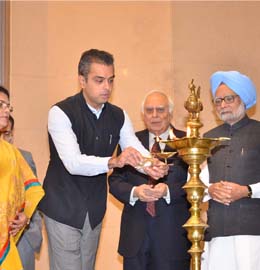 On 5th December, 2013 Mr. Deora in the presence of the Hon’ble Prime Minister of India and Shri Kapil Sibal, Minister for IT and Communications and Law and Justice attended the inaugural ceremony of India Telecom 2013 at Vigyan Bhavan in New Delhi.
The India Telecom series of exhibition and conference is organized by Department of Telecom, Government of India and FICCI. Mr. Deora made a speech on the occasion in which he spoke about the promising future of the Internet medium and its ability to solve many problems that we today face both as a civilization and as a nation. 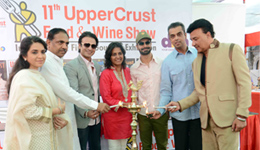 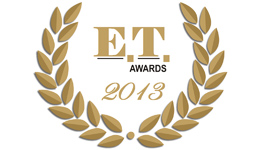 On 7th December, 2013 Mr. Deora attended the Economic Times Awards for Corporate Excellence where Shri P. Chidambaram, Hon’ble Finance Minister won the Business Reformer award for the year 2013. Shri Chidambaram also happened to be the chief guest at the event which was attended by more than 300 eminent business leaders. 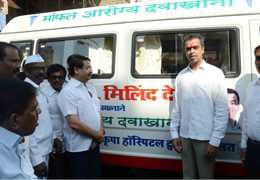 On 15th December, 2013, Mr. Deora inaugurated several public utility services in Mumbai. He commenced a community ambulance at Worli under his MPLADS (Member of Parliament Local Area Development Scheme). He later inaugurated community toilets for Prem Nagar slums where he highlighted the importance of good hygiene and sanitation to the residents. Finally, Mr. Deora also inaugurated a Balwadi at Markandeshwar Mandir which along with Mariamma Nagar which is in its vicinity are home to thousands of Tamils.