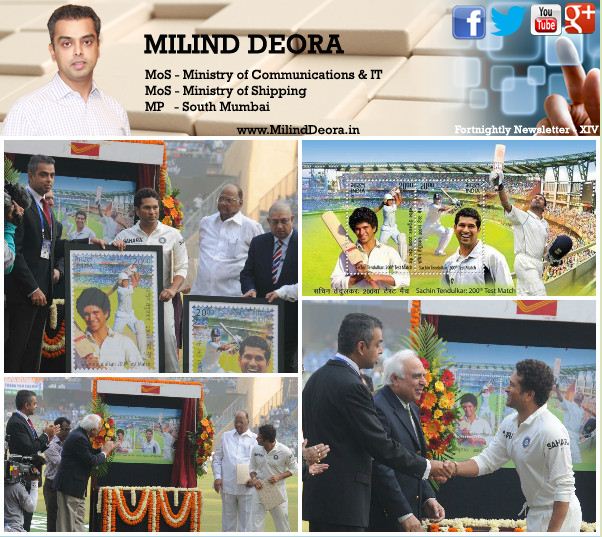 RELEASING OF A POSTAGE STAMP IN SACHIN TENDULKAR’S HONOUR

Mr. Deora on 14th November in the presence of Shri Kapil Sibal, Shri Sharad Pawar and Shri Rajeev Shukla released a special commemorative postal stamp in the honour of the cricketing legend Sachin Tendulkar at Mumbai’s Wankhede stadium. This was the day when Sachin set out to play his 200th test which also happened to be his farewell game. The stamp featuring the icon’s portrait was released at the presentation before the start of the match.

The Department of Posts which falls under the Ministry of Communications and Information Technology in collaboration with Mumbai Cricket Association (MCA) had decided to issue the stamp in Sachin’s honor. The Ministry made a rare exception as Master Blaster became the only second living person after Mother Teresa in whose honor a stamp was issued. 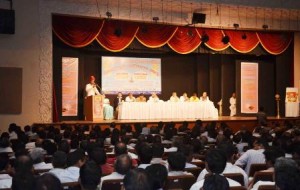 MEETING REGARDING AFFORDABLE HOUSING WITH CM 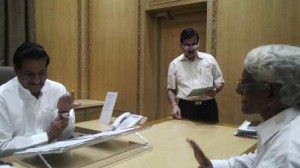 Mr. Deora on 8th November 2013 led Mr. Datta Iswalkar, Secretary of Girni Kamgar Sangharsh Samiti, to meet Chief Minister Prithviraj Chavan demanding for the affordable housing for mill workers. Mr. Chavan agreed to the requests of Sangharsh Samiti. Mr. Deora has been supporting the organisation, which is fighting for the rights of mill workers, for a long time now. 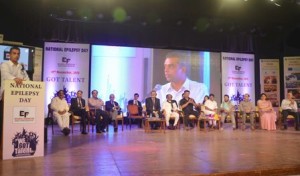 Mr. Deora on 17th November 2013 celebrated World Epilepsy Day with persons suffering from Epilepsy in Mumbai. In the presence of Shri Chhagan Bhujbal, he inaugurated the awareness programme which aims to reach out to the people and create awareness about the disorder. He also delivered an inspirational speech at the event, which was organised by the renowned Neurologist Dr. Nirmal Surya’s Epilepsy Foundation. 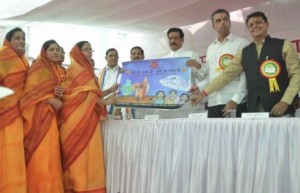 Mr. Deora on 10th November, 2013 in the presence of Hon’ble Chief Minister of Maharashtra Prithviraj Chavan attended Acharya Shri Tulsi’s 100th birth anniversary celebrations at Azad Maidan in Mumbai. An Ahimsa Rath Yatra is touring across the nation to spread awareness about the work done by him over the years. 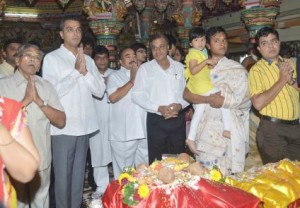 Mr. Deora on 17th November 2013 visited Moti Shah Jain Mandir in South Mumbai on the occasion of Kartik Poornima. The temple with more than 5000 artistic Jain images was built by Seth Moti Chand in the year 1829 and completed in the year 1836.

MEETING WITH TENANTS OF PALKHIWALA BUILDING 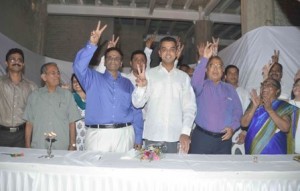 Mr. Deora on 17th November 2013 met the tenants of Palkhiwala Building on Mumbai Port Trust. The building which collapsed few years ago is newly repaired with the collective efforts of Mr.Deora and the tenants after they fought a long battle.

VISIT TO THE SITE OF FIRE IN AMBEDKAR NAGAR SLUMS 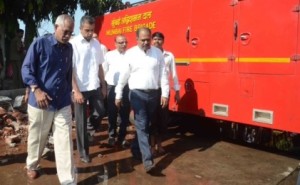 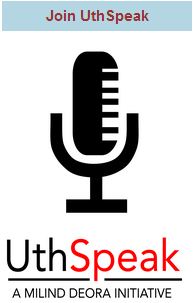 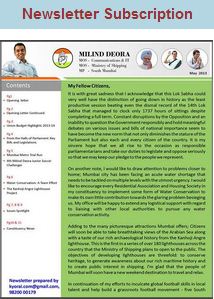 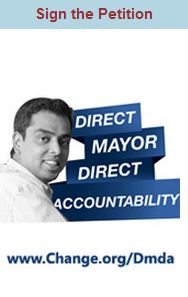