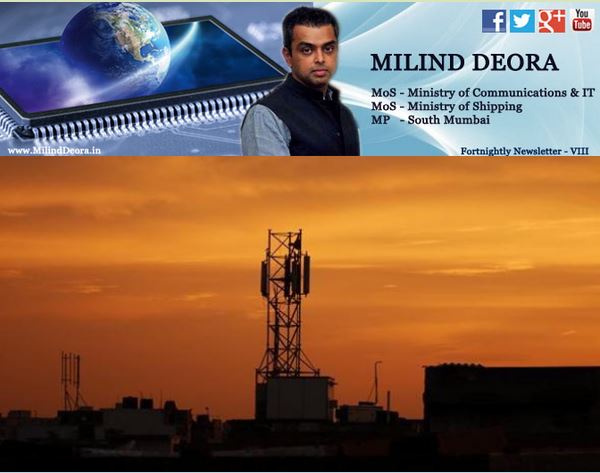 Removal of Illegal Towers in Mumbai

Mr. Milind Deora, Minister of State for Communications and IT, has requested the Municipal Commissioner Mr. Sitaram Kunte to reconsider the BMC policy in order to incorporate the Department of Telecommunication’s revised norms. BMC recently drafted a policy to regulate cell towers in Mumbai amidst increasing concerns about the consequences of Electro Magnetic Field (EMF) radiation and illegitimate constructions. However, this policy has been criticized for failing to incorporate the DoT’s revised guidelines for the same.
The BMC’s policy diverges from the DoT’s recommendations in numerous ways, the principal discrepancy being that the DoT prescribes obtainment of no-objection certificates from housing societies each year at the time of renewal of site contract for mobile towers whereas the BMC prescribes a one-time clearance. There is also a lack of uniformity regarding setting of EMF limits, which are fixed indiscriminately. Mr. Deora also expressed regret that the BMC’s policy provides limited scope for regulation of illegal towers in Mumbai and said, “All illegal towers should be pulled down immediately. The BMC must seriously take into consideration safety and health issues concerning its citizens.” 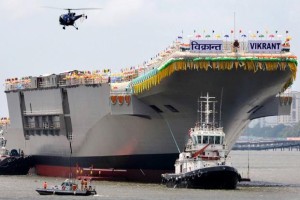 Cochin Shipyards Limited, which is a part of the Ministry of Shipping, proudly launched India’s first Indigenous Aircraft Carrier (P-71) INS Vikrant on 12th August 2013. 90% of the bodywork of the carrier has been designed and made in India. This carrier, which has been made for the navy, is expected to begin extensive sea trials in 2016. 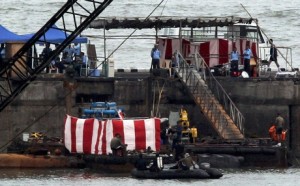 INS Sindhurakshak, the recently overhauled submarine that was designed to patrol and to protect naval communications, assault warships and perform naval reconnaissance, sank at the Naval Dockyard in Mumbai after two blasts ripped through its hull on 13th August 2013. Mr Milind Deora directed the nearby Mumbai Port Trust to help with firefighting, medical facilities and tugs to assist the Indian Navy in its rescue operations. 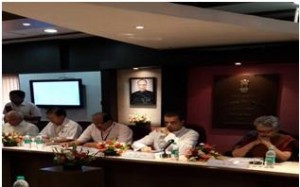 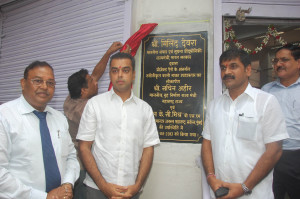 Mr. Milind Deora on 16th August 2013 inaugurated Worli Naka’s renovated post office with Sachin Ahir, local MLA and Maharashtra’s CPMG. This lokarpan ceremony of the post office is an outcome of the ongoing programme of the government called “Project Arrow” which entails comprehensive improvement of the core operations of the Post Offices across the country. 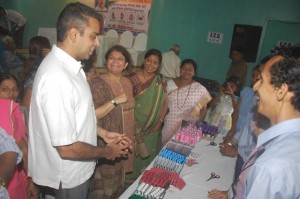 Mr. Milind Deora on 18th August 2013 inaugurated a free medical camp for the needy residents of South Mumbai. The camp was organized primarily for the senior citizens of the constituency in collaboration with the Seven Hills Hospital. 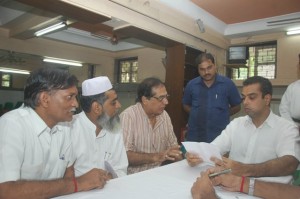 Mr Milind Deora on 18th August 2013, after the medical camp inauguration, met with several residents as a part of his Jan Sampark Abhiyan. The program led to a discussion with some of the locals regarding resolution of local issues.

Review of DoT Guidelines and Efforts 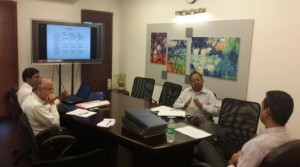 Mr. Milind Deora, on 19th August 2013, reviewed the Department of Telecommunications’ efforts to provide telecom services to rural India. While the Department’s efforts and resolve have been praiseworthy Mr. Deora believes that there is still a lot more to be done. One of the key priorities of the DoT is to develop a state-of-the-art and secure telecommunication network, which would provide seamless coverage with a special focus on rural and remote areas. This will not only bridge the digital divide but also expedite socio-economic development. 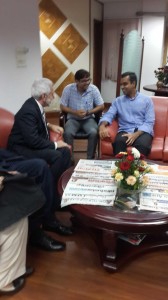 Mr. Milind Deora on 20th August 2013 met Nicaragua’s Foreign Minister Samuel Santos Lopez in Delhi. India and Nicaragua enjoy warm and friendly relations and are planning to enhance bilateral cooperation in the maritime sector. The bilateral trade between the two countries for the year 2012-13 was US$ 60.12 million. 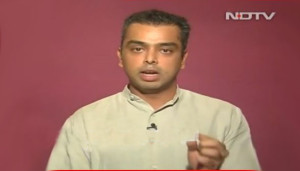 Mr. Milind Deora called Mumbai’s Police Commissioner to demand a speedy trial and the harshest punishment for the recent gang rape that occurred in the Shakti Mills Compound in Mumbai on 22nd August 2013. An advocator for the safety of women in the country Mr. Deora wants the Mumbai Police to get to the bottom of the case and mete out punishment to the guilty as soon as possible so that Mumbai, which takes pride in being a safe city for women, can continue to do so.