Mr. Milind Deora met the young, bright students of K.C. College on the 11th of July 2013 on their campus. The discussion was a freewheeling one touching upon various topics like the RTI, the Central Monitoring System, Section 66A of the IT Act and the Government’s new Direct Cash Transfer Scheme. Various other youth-centric initiatives were discussed like the Youth Parliament occurring on September 21, 2013. This year the event will include over a 100 students. Mr. Deora urged the students to participate more in the system and to exercise their right to make their elected representatives more accountable.

Mr. Milind Deora travelled to Tamil Nadu on 8th July 2013 to review operations at Chennai, Ennore and V.O. Chidambaranar Ports. Whilst in Tamil Nadu, Mr. Deora also made sure to visit the Nokia factory in Sriperumbudur, which employs 9000 people (55% women) and produces 100 million handsets annually. In Sriperumbudur, he also paid tribute to the memorial of Shri Rajiv Gandhi. 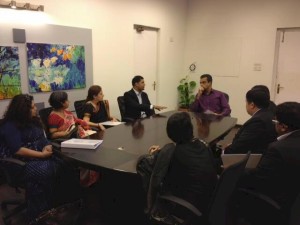 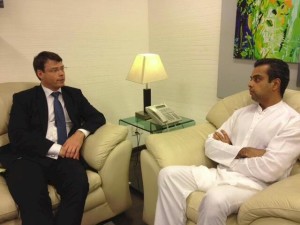 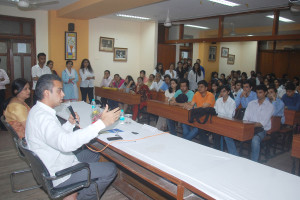 Mr. Milind Deora engaged in a vibrant discussion with young, bright K.C. Law College students on 19th July 2013 in South Mumbai. At the event, Mr. Deora spoke about the upcoming edition of the Youth Parliament, occurring on September 21, 2013, and also held a discussion on current issues such as: the midday meal tragedy, acid attacks, marital rape and the ban of mobiles in college campuses amongst others. 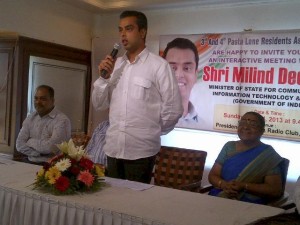 Mr. Milind Deora discussed wide-ranging local and national issues at an interactive town hall meeting with eleven Resident Associations from the Colaba area on 14th July 2013. Water Conservation and Radiation from Cell phone Towers were discussed amongst other issues raised by citizens. 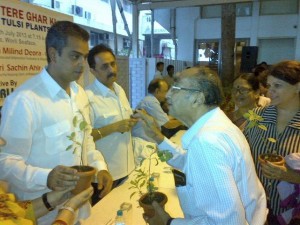