Voter fatigue is a factor, but I have good connect with people: Milind Deora

Milind Deora, 38, is seeking re-election for a third term from the prestigious Mumbai South constituency in the background of a strong anti-incumbency wave sweeping the nation. He is being vehemently opposed by Arvind Sawant of Shiv Sena-BJP alliance and Meera Sanyal of Aam Aadmi Party (AAP), who made an unsuccessful attempt to unseat him in 2009. Milind took time off from his hectic election engagements to speak to dna Excerpts: 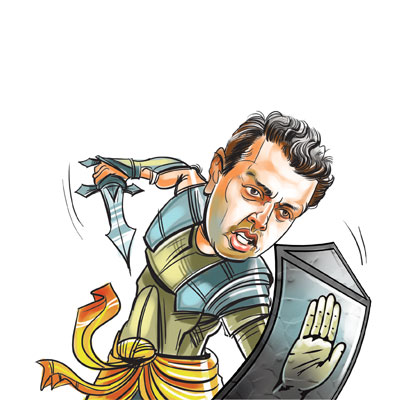 Does the powerful anti-incumbency factor caused by high level of inflation and humungous corruption in the UPA government worry you?
The UPA has been in power for ten years and voter fatigue is only to be expected. It is certainly a challenge. But in Mumbai South, I will be able to neutralise this factor because I have good connect with people, whether in slums or highrises. I also have a strong, active organisational network. Then, we have the support of NCP leaders like Sachin Ahir. Also, I have personal equation with the traders. People also know me through my father, who represented this area for several years.

Meera Sanyal has accused you, the minister of state for shipping, of not doing anything to stop the construction of a container terminal at Indira Dock, despite JNPT across the harbour operating only at 50% of its capacity. The project would result in the entry of thousands of truck trailers into the already congested city roads.
The decision to build the container terminal was taken by the Mumbai Port Trust several years before I became an MP, leave alone a minister. In fact, in my capacity as an MP, I have raised the issue of the terminal. But trade unions were fully in favour of the project as that would generate employment. The Port Trust has spent crores of rupees on the project. It would be inadvisable to let so much money go down the drain. In any case, Port Trust is an autonomous body and I have avoided interfering in its functioning lest there be allegations of corruption. I think Ms Sanyal should get her facts right.

In 2009, the MNS factor helped you win. Are you banking on that party to bail you out this time too by splitting Marathi votes?
I do not depend on any other party, and don’t look at my voters in terms of Marathi, non-Marathi, etc. I have an inclusive agenda and believe in working for all people. Incidentally, my mother is a Marathi and I speak the language fluently. I am seeking votes on the strength of my work and the good work done by my party. Everyone knows that Shiv Sena and MNS are “todfod” (violent) parties, many of whose people extort money. In Mumbai South people believe in enterprise and want law and order. Parties like Shiv Sena and MNS simply do not fit into the positive culture of this constituency.

There has been criticism about your performance.
My attendance as an MP has been 90%, way above the national average. Also, the number of questions I have asked is twice the national average. Of course, after I became a minister I couldn’t ask questions. But, I have been following issues pertaining to my constituency and the metropolis with various departments, both in Mumbai and Delhi.

Coming to specifics, I had a major role in introducing the concept of cluster development in my constituency under which old buildings are demolished and new ones with more civic amenities built. People get to live in bigger and safer homes. Two cluster-development projects are currently on in SoBo and I am committed to making them successful because they are models not only for the redevelopment of Mumbai, but all cities in India.

I also openly supported the residents of Campa Cola compound who were going to be evicted for no fault of theirs. Certain builders and BMC officials are hand in glove, and innocent flat-buyers are put to hardship. I worked hard for setting up a state housing regulatory mechanism. I want to end flat-buyers being exploited by builders and corrupt officials.

As the shipping minister, I initiated lighthouse tourism, and soon, two lighthouses across the Mumbai harbour will be thrown open to the public. I also favoured an estate policy with a view to helping tenants on Port Trust land. Thousands will benefit from this.