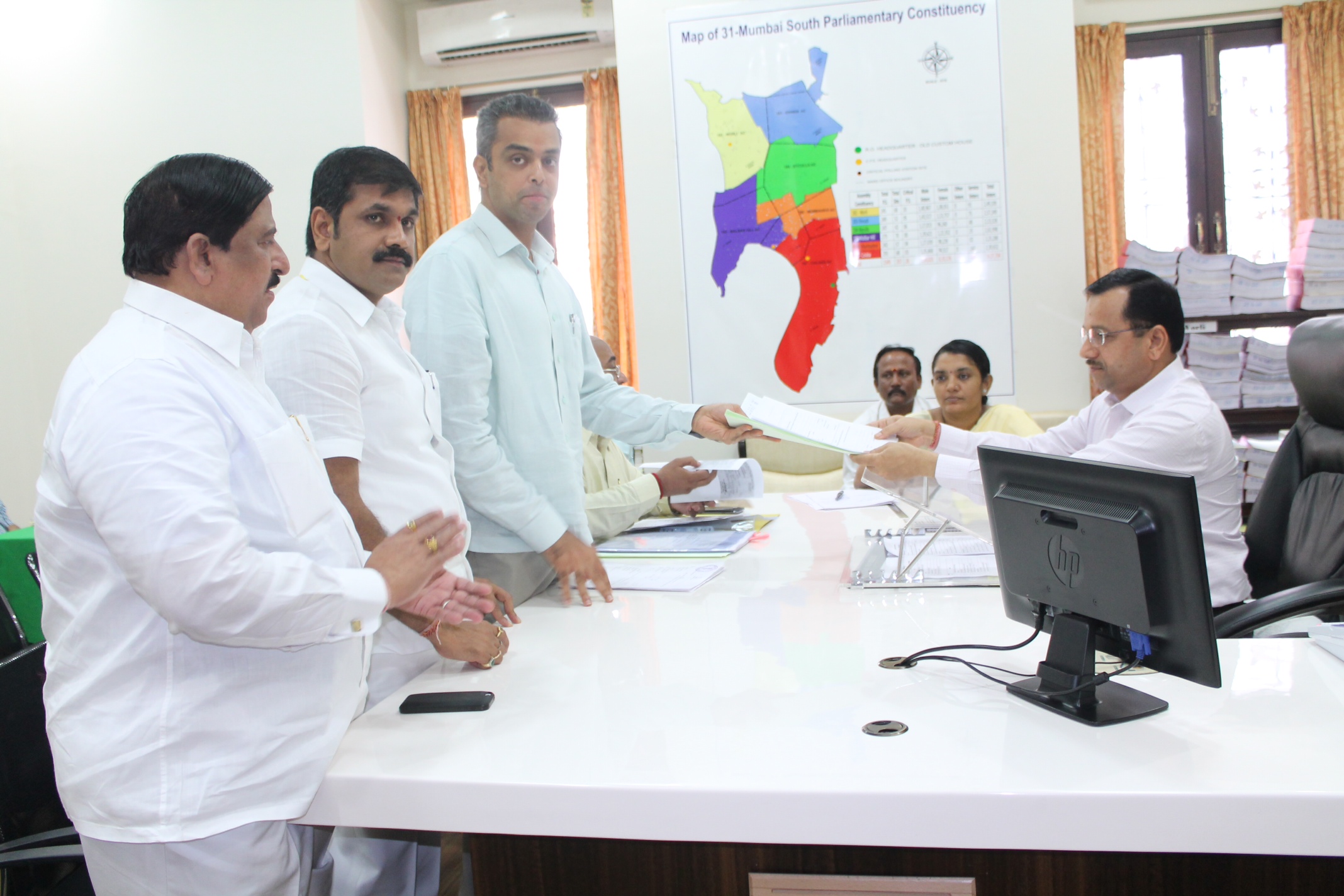 Mumbai, April 4, 2014: Mr. Milind Deora, Union Minister of State for Communications & Information Technology and Shipping filed his nomination for the for Mumbai South parliamentary constituency for the upcoming Lok Sabha election at the City Collectorate office in Mumbai today.

Mr. Milind Deora, Union Minister of State for Communications & Information Technology and Shipping said, “It is overwhelming to see the support pouring in from across communities, people of varied age groups and institutions associated with business and commerce. Over the years, we have consistently worked towards the welfare and development of South Mumbai and it is humbling to see the encouraging response that we are receiving from our supporters.”

About Mr. Milind Deora:
Mr. Milind Deora entered the Lok Sabha in 2004 at the age of 27 and is among the youngest generation of Parliamentarians in New Delhi. Over the course of a decade in Parliament, Mr. Deora has held committee positions in the Ministries of Defence, Civil Aviation, Estimates, Urban Development and Information Technology. In October 2012, he was made Minister of State for Shipping, as well, giving him a comprehensive view of Government’s diversity of tasks. Mr. Milind Deora’s parliamentary performances showcase his 88% attendance and 274 questions that he has raised in his term.

Achievements:
South Mumbai is a high-profile constituency having its own share of development issues. During his tenure, Mr. Milind Deora initiated the Bhendi Bazar cluster development project, propagated for the Eastern Freeway project and the second phase of the Rs. 80-crore Marine Drive makeover project. He introduced the lighthouse tourism policy, guidelines to regulate cell tower radiations and pushed the state’s decision to set up a housing regulator. He also supported traders against the implementation of Local Body Tax (LBT). In partnership with Saran Sports and Queen Park Rangers (QPR), Mr. Milind Deora set the foundation of the Soccer Challenger thereby providing an equal opportunity for all kids to showcase their skills on a common platform. He also introduced Youth Parliament Initiative to educate South Mumbai’s brightest and passionate youth on Lok Sabha and how parliamentary procedure works. He is the sitting MP for the South Mumbai constituency after he won the second time in 2009 defeating Bala Nandgaonkar (MNS) by a handsome margin of 1,12,682 votes.