‘If something is illegal and unjust, we must take action’

Sitting MP from South Mumbai, Milind Deora, feels there should be no Campa Cola again anywhere in this country. He speaks to Neeta Kolhatkar of FPJ 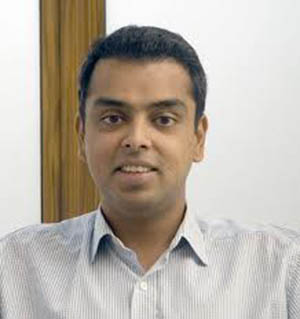 Q: What are your priorities for the forthcoming elections?

A: I like to tell people what I’ve done and what I should be doing. I am happy to share that I worked with the state government and rallied for the cluster development policy. We have started with the Bhendi Bazar cluster development as a pilot project. We need to see which is applicable where; Bhendi Bazar cluster project can be applicable for Girgaum, but for Altamount Road, we will need a different approach. This also calls for a separate housing regulator for our state. I am happy I pushed for the new Housing Regulatory Bill and I would like to see one for the national level as well. Be it rejecting the ordinance to save convicted elected representatives from disqualification, thereby taking on the whole political lobby, or the Girni Kamgar people, that we got them housing. I believe I am always a people person and that is my overreaching theme.

Q: Speaking of standing by people, you took up the issue of Campa Cola, though it was old and one of the most illegal structures of this city. Why did you support that which is illegal?

A: Yes, speaking of Campa Cola, let me tell you there is a fundamental difference between legalities and what is just or unjust. Take the example of Section 377, Supreme Court says it is illegal, while people of India think it is unjust. If something is unjust, then we need to do something about it. If it is illegal and isn’t just, then it is something we must take action on. What is it that would have happened? The message sent to the people would have been that the builder would sell the plot and FSI, make a killing and leave the residents helpless. How could I allow such a thing to happen? It was distressing. The reason I threw my weight behind a real estate regulatory Bill was precisely for this reason. There should be no Campa Cola again anywhere in the country. It shouldn’t be easy for builders to construct such structures, sell the FSI and make a killing. That is why I give the reference of Section 377, Congress took a position that there should be equality, while the BJP took a stand that there is inequality. We need to find a way legally.

Q: Speaking of supporting illegal construction, while you supported Campa Cola, why did you oppose Adarsh? Especially demanding a debate against the former chief minister, Ashok Chavan?

A: Let me tell you, I only said when a government or a party says it has nothing to hide, then they need to be transparent. There was a report that was published at that time. I would say, take it further from there and let’s make it public. Put it out in public domain. I am a commoner, I didn’t know what the truth was, what were the issues? The Assembly session had ended and all I tweeted was let’s have a debate and know the truth. All sorts of conjectures were drawn by people, like I had asked for a special session. I didn’t say anything of that sort. I was clear in what I said. I just feel it is easy to hide, saying, ‘I didn’t do anything wrong’ and walk away scot-free. The other is to make an allegation and go scot-free. And going by the mood in the public, which is of angst, we need to be all the more open. Let’s not forget we have a massive e-governance project, which is good. However, it has become almost impossible to conduct healthy debates anymore.  Moreover, even the media draws all sorts of conclusions.
Source: The Free Press Journal
Reference Link http://freepressjournal.in/if-something-is-illegal-and-unjust-we-must-take-action/