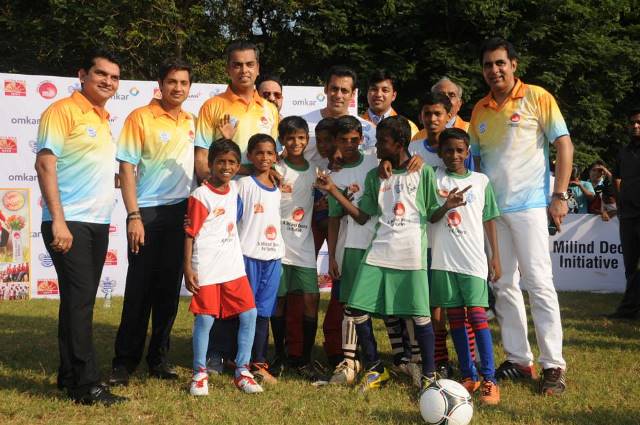 The action  hero, Salman, an avid soccer enthusiast, in the presence of South Mumbai MP Milind Deora, Aditya Mittal, son of Laxmi Mittal owner of QPR, kick started the knockout phase of this Challenger. The event is the brain child of Milind Deora.

Over 5000 kids from over 137 schools, including municipal and government aided ones, are participating in this Challenger, which is India’s largest community football tournament.
The tournament is organised by Milind Deora Initiative and English Football Club Queens Park Rangers (QPR), in association with Aditya Birla Nuvo and Omkar Realtors and Developers and managed by Saran Sports. The tournament is also a talent search for budding footballers in Mumbai.