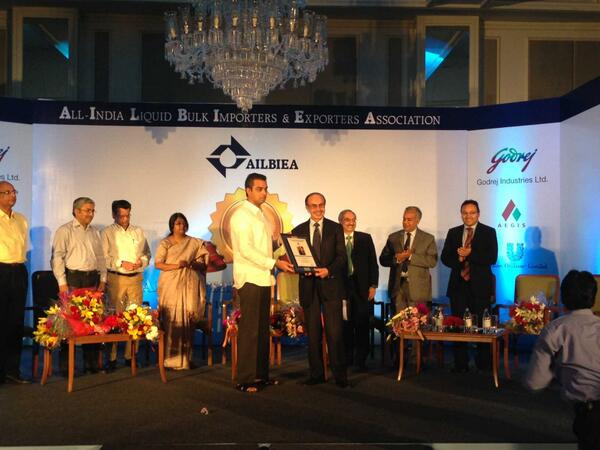 The felicitation of industry stalwart Adi Godrej, on being bestowed with the Padma Bhushan, and the presentation of the AILBIEA Stellar Awards for Promotion and Facilitation of Ex-Im trade were the highlights of the 12th anniversary celebrations of the All-India Liquid Bulk Importers & Exporters Association (AILBIEA) on March 16, 2013.

Mr Adi Godrej was presented a plaque, on behalf of AILBIEA, by Milind Deora (the chief guest), Union Minister of State for Shipping, IT and Communications and MP from South Mumbai, in the presence of a galaxy of dignitaries from Customs, the maritime sector and the liquid bulk trade. Mr Godrej also cut a celebratory cake on the occasion.