A Milind Deora initiative to kick off on Saturday, 5th October 2013 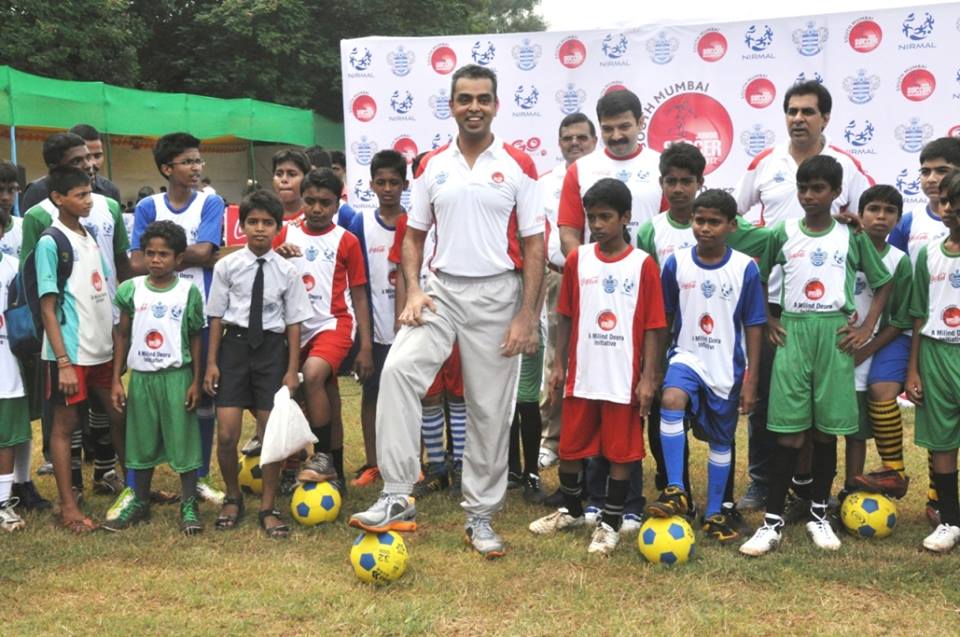 The 5th edition of the South Mumbai-Milind Deora Junior Soccer Championship organised in association with English Premier League’s elite club Queens Park Rangers (QPR), will kick-off on Saturday October 5, 2013. South Mumbai will witness exciting football packed weekends in the month of October and November as India’s largest community football tournament kicks off in the city.
The Championship would also serve as a talent hunt for thirty talented youngsters who will be shortlisted for a coaching clinic that will be conducted exclusively by the Queens Park Rangers (QPR) coaching teams from UK.
This year, the tournament will witness around 5000 children from over 130 schools representing over 600 teams and playing over 800 matches with teams in the under-10, under-12, under-14 and under 16 categories in boys and girls categories competing at Mumbai’s Western Railways football grounds at Lower Parel. The Championship is open to all South Mumbai schools including Private schools; Government aided and Municipal schools which comprise 85% of the participants. The tournament will provide an equal and fair opportunity to talents from different backgrounds to showcase their skills on a common platform.
Talking about the championship, Mr. Milind Deora said “Football is a growing passion amongst today’s youth. By organising such championships I hope to provide a platform to the youth to exhibit their football skills. I hope to provide football enthusiasts with the necessary infrastructure and help the coaches identify talent. I am sure that with a cohesive effort, we will be able to popularize and develop the sport in India.”
QPR’s head of community program, Mr. Andy Evans said “We have been associated with the Milind Deora Soccer championship for the last four years; the participants have been increasing and we have witnessed some astounding talent. Even though this championship aims at bringing the South Mumbai community together, I am sure we would find some serious talent here who might play for India or even in the English Leagues.”
The tournament is organised by Milind Deora Initiative in partnership with English Football Club Queens Park Rangers (QPR). The event is sponsored by Aditya Birla Nuvo and Omkar Realtors and Developers and Co-Sponsored by HDFC Bank. The event is managed by Saran Sports.