Calling for a logical political structure in India’s largest city

As a born-and-raised Mumbaikar, Milind has watched with consternation as the city’s problems have begun to tarnish its image as India’s greatest metropolis. Though the city remains the commercial capital of and largest city in the country, infrastructure projects in other metros have quickly outpaced Mumbai’s own creaky infrastructure, while events like the horrific gang-rape in Parel last year have shaken the city’s notion of itself as India’s ‘safe city’. In order to find solutions to any of these growing problems, Milind feels strongly that Mumbai needs to be equipped with a single Mayor directly accountable to his or her urban electorate.

Milind has repeatedly spoken out against the inadequacy of the city’s current political system, which stance has, by definition, required speaking out against the entire political structure of his home state. He has appealed repeatedly for a revision to the city’s entire structure of governance, replacing a system that relies on the Maharashtra State Government – elected by constituents from across a vast, rural state – with a single official chosen by the city’s population. 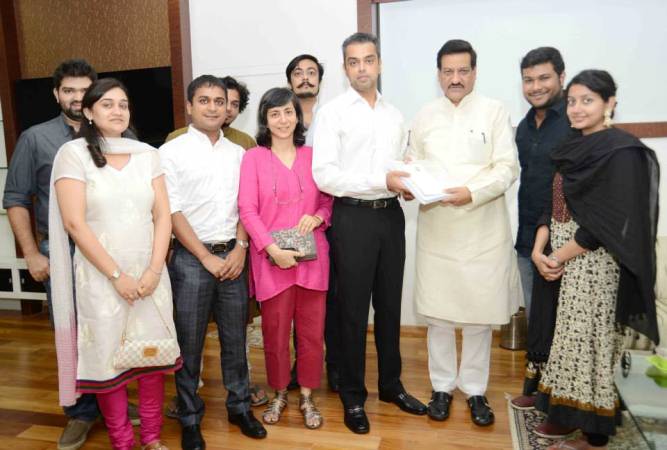 In early December, Milind participated in a live Twitter chat devoted entirely to addressing questions on the subject of a directly elected mayor for Mumbai, many of them fielded via Milind’s @UthSpeak initiative. Less than a week later, Milind translated that discussion, and one of his most deeply held political convictions, into a substantive political move. On 7 December, Milind and a group of @UthSpeak representatives approached Chief Minister Prithviraj Chavan with a petition signed by over 5,000 Mumbaikars urging for a complete handover of power to a directly elected mayor.