A CHANCE FOR THE YOUTH TO VISIT INDIA’S PARLIAMENT

“Be cynical about cynicism first” 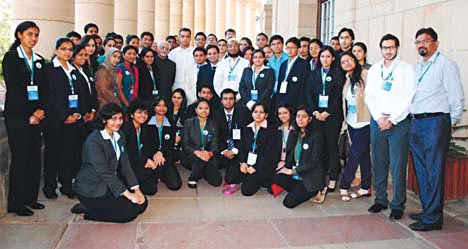 The annual Winter Parliament Visit in December for college students of the South Mumbai constituency is another first-of-its-kind initiative. Young students of all socio-economic backgrounds representing the great diversity of Mumbai get to see Government in action and witness Parliamentary debates and policy-making in the Lok Sabha and Rajya Sabha. They also get a personalized tour of Parliament and engage with the Speaker of the House, important political leaders and Union Ministers. The intention is to actively seek out interested and motivated students in schools and colleges across South Mumbai for these annual visits. The sense of history and occasion that accompanies a visit of this sort is exactly what students in the South Mumbai Constituency are exposed to. A visit normally comprises seeing the Lok Sabha or Rajya Sabha in action through the gallery, visiting the Parliament museum and a session where students are explained the detailed workings of the Parliament by a bureaucrat. 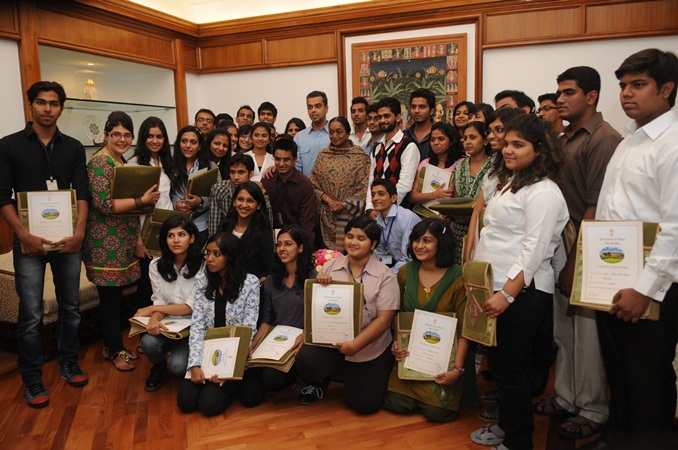 This initiative began in 2009 and since then every year approximately 40 children come to Delhi for a two day visit. In 2009 the students had the privilege to meet the Speaker of the House, Smt. Shelia Dixit (Hon’ble Chief Minister of Delhi) and the youngest Union Minister Ms. Agatha Sangma( Hon’ble Minister of State for Rural Development). In 2010 they met the Speaker of the House Smt. Meira Kumar again, Shri. Shashi Tharoor (Member of Parliament from Thirivananthapuram) and Shri. P. Chidambaram (Hon’ble Minister of Home, Government of India). The students had the opportunity to interact with these well known political personalities and even pose questions to them. In subsequent visits the students have also met the Hon’ble Vice President of India Shri M. Hamid Ansari and the Editor-in-Chief of IBN18 Network at his studio in Noida.
2012 saw the first Youth Parliament event organised in the BSE Circular Hall with Shri. Ajay Makan the then Hon’ble Minister for Sports as the Chief Guest. Approximately hundred students participated in immersing themselves for almost two months in to prepare for their role of MPs and Ministers. Parliament procedures were followed to recreate the gravity and dignity of the prestigious institution. There was a Question Hour Session, followed by Matters of Public importance, the introduction and debate on two Legislative Bills that were voted upon and a session on Private Members Bills too. The parliamentarians vied with one another to outdo each other in order to impress the panel of three judges. Forty students from amongst them were selected as winners to go on the Parliament Visit to Delhi scheduled a couple of months later. The event was a resounding success and it is intended to become a regular annual feature in the calendar of events in South Mumbai. 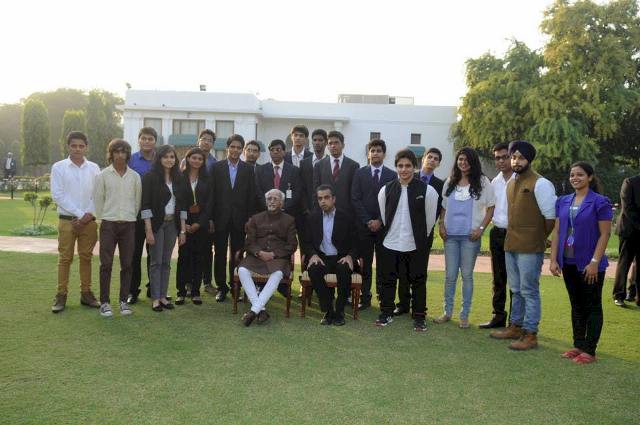 In December 2013, Students from colleges across Mumbai got an opportunity to visit the Parliament as part of Milind Deora’s unique Youth Development Program for the fifth consecutive year. The initiative focuses on deepening the students understanding of government process while attempting to bridge the prevalent disconnect they have with the system by actually helping them to participate in it. The winners of the Youth Parliament 2013 event, (also a Milind Deora initiative) held earlier in September in collaboration with the Bombay Stock Exchange made it to this year’s parliamentary visit along with some volunteers which included a trip to the Parliament Museum and the opportunity for the students to meet several dignitaries for informal and interactive sessions. Students were first hosted by the Hon. Vice President Dr. K. Hamid Ansari at his residence who expressed the opinion that while it was okay to criticize the system it wasn’t okay to be cynical about it. He urged the students to be cynical about cynicism first. The students were then received by Shri Sachin Pilot, Minister of Corporate Affairs for a wide ranging question answer session followed by a visit to the NDTV studio where they were shown how the news is processed and presented to the viewers. They also had a lively exchange with Dr. Prannoy Roy, co-founder and executive co-chairperson of NDTV and Mrs. Sonia Singh, Editorial Director, NDTV on topics such as ethics in journalism and media biases.
The second day of the visit began with a visit to the residence of Shri Kapil Sibal, Minister for Law and Justice, Communications & IT where he spoke about his entry into politics. Knotty issues like CBI autonomy, role of the judiciary were also deliberated upon. Subsequently, students interacted with Shri Shashi Tharoor, MoS HRD where he reminisced about his time at the UN office and answered questions on issues ranging from foreign affairs to politics in India.The Delhi trip concluded with a visit to Indira Gandhi Memorial, where students had a brush with the personal and public life of the former Prime Minister including being at the very spot of her assassination. They described the trip as the experience of a lifetime many expressing wistfully that they wished it could last a whole week more. The sense of history and occasion that accompanies a visit of this sort is exactly what the initiative aimed to expose the participants to.
Last update 01-03-2014