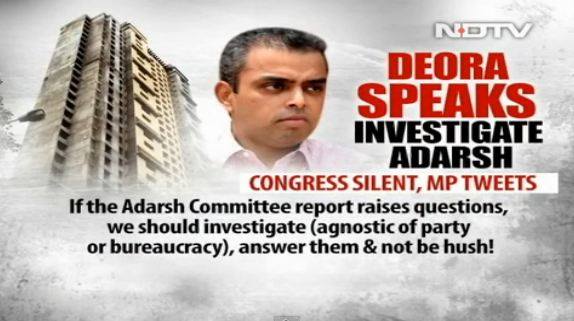 Real estate corruption is one of the most rampant issues across India, and nowhere more so than in Mumbai. When corruption in the housing market intersects with political corruption, the results not only undermine the credibility of our political system, but also the viability of Mumbai as a safe, secure, hospitable home. The collusion of members of the political, military and bureaucratic elite to illegally secure valuable real estate in the Adarsh Housing Society back in 2002 demonstrated, as Auditor General pointed out, “how a group of select officials, placed in key posts, could subvert rules and regulations in order to grab prime government land – a public property – for personal benefit.”

When the Maharashtra state government rejected the inquiry report from the judicial commission investigating the scam, a clear message was sent to the populace about the inviolability of even corrupt officials. Just as he did when protesting the Congress government’s support of an ordinance to protect convicted lawmakers, Milind used Twitter as a forum to project his own political voice and state his own ethical stance on the scam, independent of the status quo set by his state’s government. By denouncing the decision of the state government to ignore the inquiry report, which indicted several high ranking officials past and present, Milind risked the displeasure of powerful figures in his own home state in order to voice a clear moral position disconnected from his political affiliation.

Each time a scheme like the Adarsh Housing Scam successfully passes under the noses of government officials, it weakens the reputation and efficacy of government at large. In order to continue advancing, both Mumbai and India must be governed according to rule of law – not selective law. Milind does not see himself as just an elected official. He is, first and foremost, a citizen and resident of Mumbai. In using Twitter to proclaim his personal dissatisfaction with the government’s handling of the Adarsh scheme, he proved that personal principles come first, and that private citizens can and should take part in the political conversations that are shaping our future today.